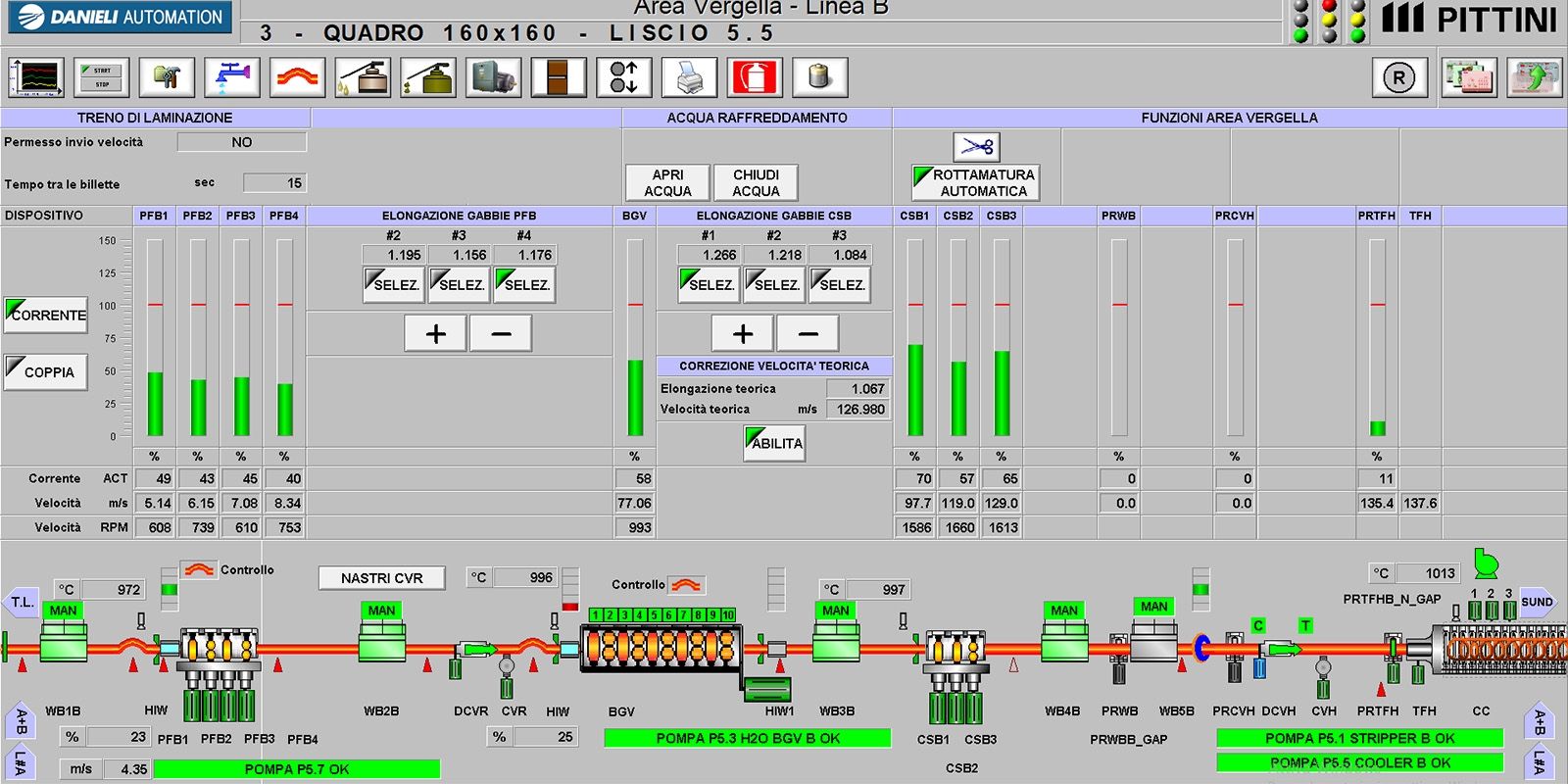 This record was reached on the new, “QWR 4.0” special steel wirerod mill in Cargnacco, Italy, where 500,000 tpy of wirerod 5.0 to 25 mm dia for automotive applications are produced. There, high quality and tolerances of ±0.1-mm dia are achieved thanks to the four-pass Twin-Module Block -TMB sizing mill.

Controlled by the most advanced automation and control systems, QWR 4.0 mill can perform several kinds of heat treatments which grant ABS a wide operational flexibility.

The Ferriere Nord two-strand wirerod mill features a three-pass Compact Sizing Block -CSB, which has been in operation since 2015.

Both mills are equipped with Danieli high-speed shears and oil-film bearing laying heads, which together with the sizing mills allow them to reach such high speed (high productivities) and low-dimensional tolerances.